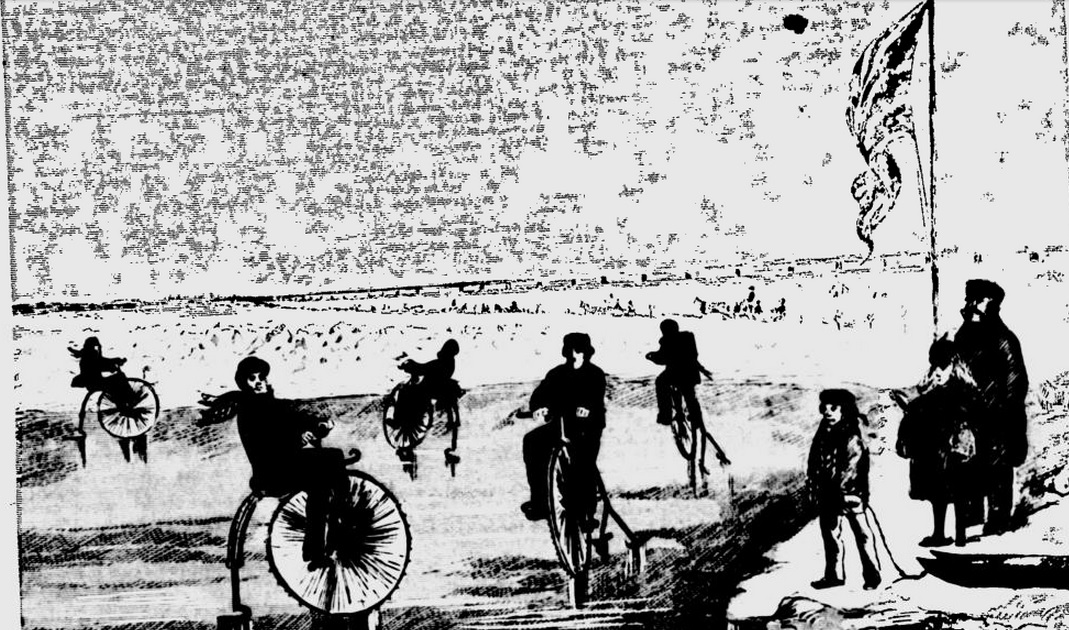 In a climate such as that of Canada, the velocipede can be used during one half of the year only. An attempt at velocipeding during the winter, when the streets are covered with frozen snow, would in all probability terminate in the same manner as did Hans Breitmann’s celebrated ride, much to the bewilderment and discomfiture of the adventurous rider. An adaptation of the velocipede has recently been made by some enterprising individual, which makes it a safe and easy mode of locomotion during frosty weather. The ice-velocipede has but one wheel, armed with short spikes, which catch in the ice and considerably lessen the chance of slipping. The hindwheel is replaced by two small runners, placed side by side, a few inches apart, and connected with the body of the machine by a stout iron bar. The manipulation of the ice-velocipede is the same as that of the ordinary bicycle.

Our illustration represents an everyday scene on the river near Montreal, where ice-velocipede is in very general use. 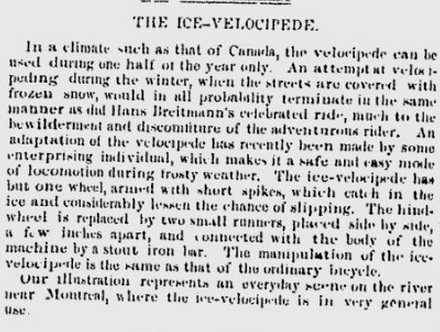 Horrible – The Montreal Gazette Feb. 28, 1828 We have been told that on Saturday last the body of a…

Disturbance in Ottawa Street – Montreal Gazette, Feb. 18 1878 A disturbance took place at the corner of Nazareth and…