The City Railway Company have recently placed upon the track, on St. Catherine Street, between St. Lawrence Street and Papineau road two fine new omnibus cars. These cars are of a kind hitherto unknown in Canada, being reversible. The shafts are attached to the body of the car, which works upon a kind of swivel, so that where they reach either of the terminus, the horses are simply turned, the car swing round on the swivel, and proceeds on its return trip. These cars have been in use for some time in the United States, and are found very convenient; but the two now in use here are the first of the kind ever introduced into Canada. 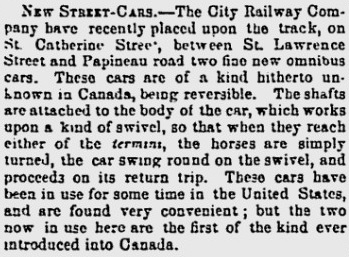 (Ed’s note: While I couldn’t find a picture of Montreal’s omnibus cars I was able to find an illustration of and omnibus car used in London in the 1860s. While reading up on the omnibus cars I came across a few sources that explained the cars were simply large stagecoaches with often unpadded seats. Some cars in London could sit up to 40 passengers. They were generally described as pretty unpleasant rides.) 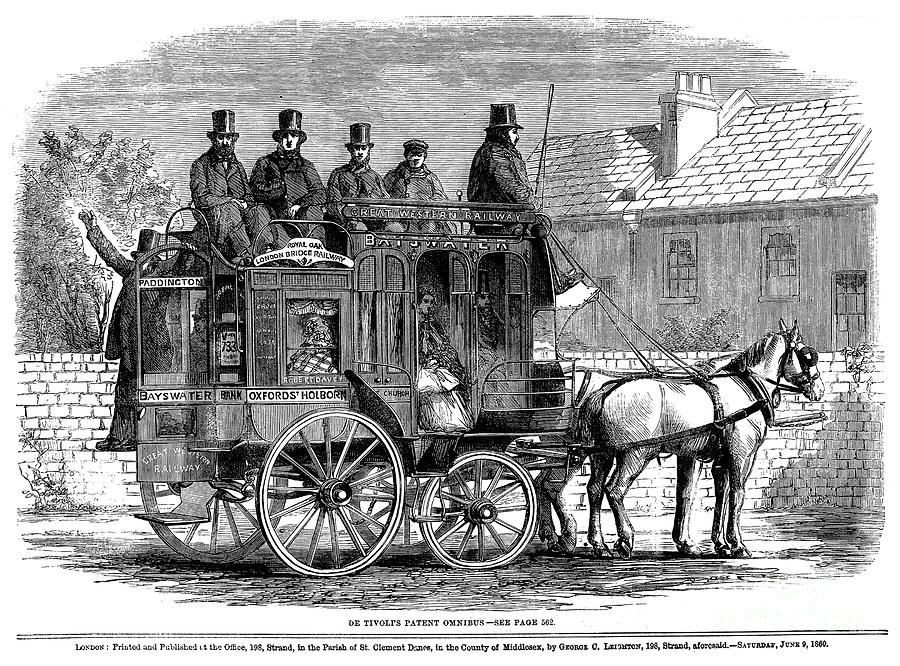 Power of Strong Drink – The Montreal Daily Witness Jun. 8, 1877 There is a promising young man in this…