The first house visited was No. 139 Grand Trunk street, occupied by Joseph Rieley, a very worthy though poor man, who had been unable to obtain employment since the close of navigation. The scene, on entering this house, was one of the most abject poverty, bad enough at all times, but inexpressibly so with the pitiless waters underneath and the cruel cold around. This poor man is the father of nine small children, the eldest scarcely 13 years of age, and he was found walking about his miserable, ice-bound abode with a look of deep despair plainly stamped on his features, while in a small room in the rear sat the nice children, crouching around a small stove with contained not the slightest vestige of fire. In answer to a question from Mr. Malone, the man said that his wife had gone to the priest’s to ask for a little assistance, and then breaking completely down, he exclaimed, “Oh, God help her; neither she nor any of us have tasted food for two days.”

Calling to the reporter, he showed him the empty cupboard as an evidence that he was speaking the truth.

(Ed’s note: This is just a brief section of an article outlining the relief efforts going on throughout the city following a winter flood. In response the city of Montreal appointed a “relief committee,” headed by Alderman M. Malone, who visited residents door to door and gave out supplies. The Herald’s reporter followed the committee to Pointe St. Charles – an area hit hard by the flood. The map featured below is illustrated by John Brophy. It outlines the areas of the city affected by the Winter flood of 1886. It’s currently in the Archives de Montreal’s collection.) 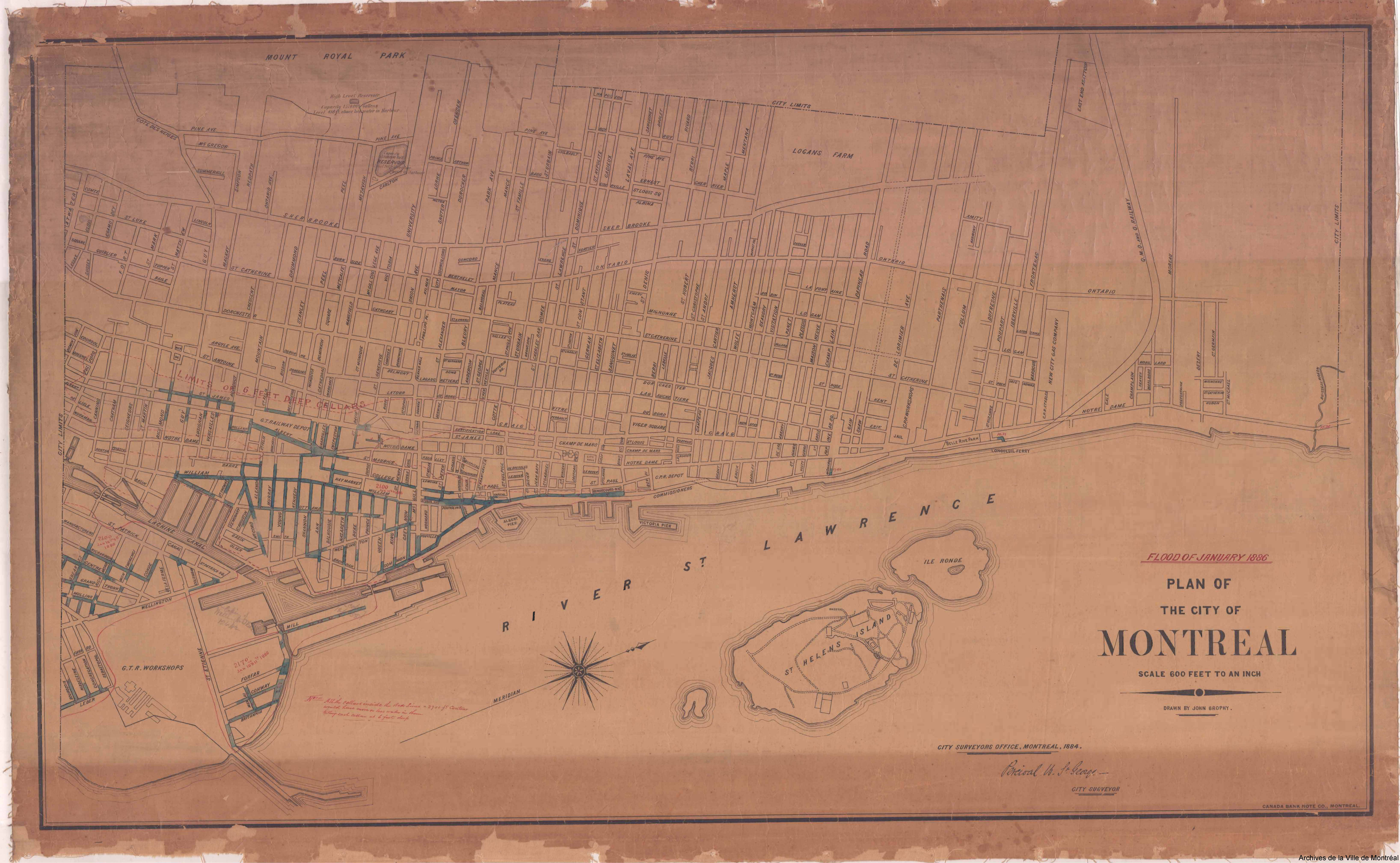 Bold Robbery – The Montreal Gazette Jan 16, 1880 A horse and sleigh were stolen from before the Bishop’s…